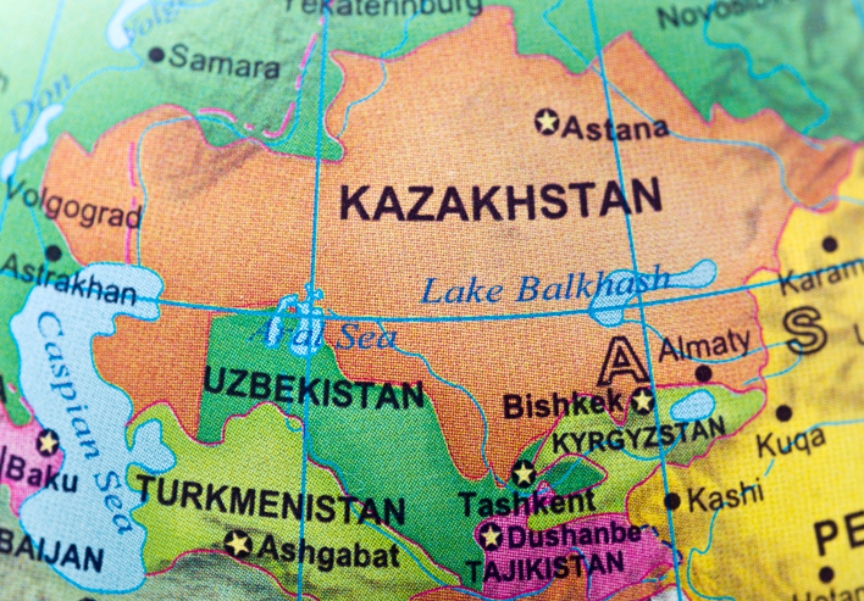 This is an update to our analysis of the January 2022 crisis in Kazakhstan, which is available here. We continue to monitor the situation closely and will be providing further updates as the domestic situation evolves, especially if we see new risks emerge for internal stability and other factors which could impact foreign businesses operating in the country.

Since taking over the chairmanship of the Security Council from former president Nazarbayev and requesting direct assistance from the Collective Security Treaty Organisation (CSTO), both on 5 January, President Kassym-Zhomart Tokayev has managed to stabilize the security situation throughout the country. Despite numerous allegations about CSTO, and particularly Russian, troops staying in Kazakhstan for the long term, the last elements of the peacekeeping contingent had left the country by the morning of 19 January. Although Kazakh law enforcement continued to engage in sporadic shootouts with armed men in several provinces in the course of several more days following 13 January, the nationwide ‘antiterrorist operation’ officially ended on that day.

As chairman of the Security Council, President Tokayev has by now asserted his full control over Kazakhstan’s security and law enforcement apparatuses, and over its armed forces. The now-former head of the National Security Committee (KNB) Karim Massimov, who on 5 or 6 January was put under arrest on suspicion of treason, has been succeeded by the head of the State Protection Service (Kazakh Secret Service). On 19 January, Tokayev appointed a new minister of defence after criticizing the previous incumbent for ‘lack of initiative’ and ‘inaction’. He also appointed a new head of the National Guard, which forms part of the Interior Ministry which showed little resistance to increasingly aggressive protesters during the first days of the crisis. On 15 January, the president ordered the creation of the Special Operations Forces, a rapid-response militarized unit to be used in case of state emergencies.

Breaking more than three weeks of silence on 18 January, Nursultan Nazarbayev addressed the country with a brief recorded speech in which he called on the nation to rally around President Tokayev. The former leader denied widely circulating rumours of a rift with his successor and former protégé, called himself a ‘simple retiree’ without any remaining personal ambitions, and also said that he had been staying in the capital Nur-Sultan all the time, contrary to what had been alleged in various media outlets about his ‘hasty flight’ to either Russia, or Switzerland, or the UAE, or even China. Nazarbayev made his second public appearance on-screen on 28 January when the ruling party Nur Otan convened an extraordinary congress to officialize the transfer of its chairmanship from the former to the current president.

While at the above party congress Tokayev lavished praised on Nazarbayev for his past contributions to Kazakhstan’s sovereignty, economic development and diplomatic stature, he has been steadily side-lining members of the Nazarbayev family since mid-January. Nazarbayev’s three sons-in-law have thus lost their jobs as CEO of KazTransOil, CEO of QazaqGas and chairman of the national chamber of entrepreneurs. His nephew Samat Abish, who had served as first deputy head of the KNB since 2015, has been dismissed, too. On 25 January, it was the turn of Berik Imashev, chair of the Central Election Commission who certified Tokayev’s presidential win in 2019. Imashev’s daughter is married to the elder son of Nazarbayev’s daughter Dariga.

Still, it would be premature to write off the Nazarbayevs. First, Tokayev’s words of praise for the former president on both 28 January and 29 January, when he gave an hour-long interview to a national TV station, as well as the fact that Nursultan Nazarbayev has retained the status of Yelbasy (Leader of the Nation), inclusive of multiple prerogatives such as full immunity from prosecution, likely indicate that a behind-the-scenes deal was struck between the two men. Second, the Nazarbayev clan continues to exercise outsized influence over the Kazakh economy.

Nazarbayev’s middle daughter Dinara and her husband Timur Kulibayev, whose estimated net worth according to Forbes magazine has not changed since last December, are still majority shareholders of the largest domestic bank by assets, Halyk Bank. Kulibayev also remains a dominant figure within Kazakhstan’s strategic oil and gas sector. On 25 January, his candidacy was resubmitted by the Russian government for a seat on the new board of directors of Gazprom. Combining the Kulibayevs’ nearly $6 billion worth of net assets with the wealth of other members of the wider family and also, crucially, of an extensive group of local oligarchs long known to hold assets for the Nazarbayevs will easily bring their total riches to 10% of Kazakh GDP, if not more. However, as the Tokayev era has begun, some of these assets could from now on be at risk of politically motivated redistribution.

In spite of the favorable macroeconomic context, with ongoing global economic recovery and the continuous growth of international prices for many commodities that Kazakhstan traditionally exports, its GDP growth in 2022 should not exceed 4%, according to a recent forecast by the Eurasian Development Bank. In contrast, the world economy is expected by the International Monetary Fund to expand this year by 4.4%. Kazakhstan’s economy grew by more than 8.5% every year from 2000 to 2007, registering record expansion of 13.5% at the beginning of the last commodities supercycle. The last year in which it recorded relatively high, oil exports-driven growth was in 2013 (6%), after which the economy never grew by more than 4.5% a year.

Despite better economic performance compared with most post-Soviet peers including Russia, Kazakhstan is plagued by long-standing structural problems that have been left unaddressed for years. They include significant regional disparities in terms of wealth and income distribution; high hidden unemployment, especially among young people in rural areas; a lack of economic diversification which leaves the national economy dangerously dependent on commodities cycles that come and go; endemic corruption; a lack of political pluralism, thanks to years of the Nazarbayev regime’s crackdowns on all forms of dissent; and the concentration of key economic resources in the hands of a small group of oligarchs and other regime cronies.

So far, the Tokayev administration’s proposals to address core socio-economic issues have been limited to either short-term populist decisions aimed at neutralizing popular discontent, such as price regulation and a freeze on utility tariffs, or aspirational programmatic statements on anticorruption, better long-term educational opportunities and gradual, yet-to-be-specified reforms in the name of social justice. Addressing parliament on 11 January, President Tokayev spoke of the need to build a ‘new Kazakhstan’, yet he also cautioned that any political reforms should be taken step-by-step and carefully weighed against potential risks and pitfalls. To date, he has only provided a few hints about where the country might go under his leadership, for instance floating the idea of reforming the party system without, however, downgrading the role of the highly unpopular Nur Otan party, of which he is now chairman.

Amid the relative calm which has descended upon the country since mid-January as it is taking stock of what went wrong during the January violence and trying to count the dead and wounded (official figures have not been released yet, and many people are still missing), Kazakhstan has entered a new period of turbulence. When he was elected to the presidency in 2019, President Tokayev promised to work toward what he called ‘a listening state.’ He appears to have listened lately when angry Almaty residents began signing en masse an online petition demanding the dismissal of mayor Bakytzhan Sagintayev, accused of poor leadership when violence raged on city streets. On 31 January, National Bank Governor and Almaty native Yerbolat Dossayev became the new head of the city administration. Still, without serious political reforms which President Tokayev has thus far failed to spell out, Kazakhstan is unlikely to recover domestic stability. New protests are, therefore, likely as early as this year, amid soaring inflation, the lingering effects of the Covid-19 pandemic and the new government’s already apparent sluggishness in putting together a comprehensive post-crisis corrective agenda. Apart from the material risk of further unrest, western businesses should be worried about losing their valuable local connections to the rich and powerful, many of whom are remnants of the Nazarbayev regime, or even whether their current contacts could become toxic overnight. The Tokayev administration will inevitably seek to establish a new power balance, as a result of which new players will rise and some old players will fade into obscurity or even be prosecuted, but the extent, and seriousness, of changes to come has yet to be determined, adding to further uncertainty.

How Aperio can help

Aperio has decades of collective experience working in Russia and other countries of the former Soviet Union. To date, we have advised many financial services and corporate clients on managing their exposure to Russia/CIS, both in terms of their overall strategy to the region, and in relation to individuals and corporates from the region. We work closely with senior management, compliance, and legal teams to conduct contingency planning with the ultimate objective of minimising legal and reputational risks.