Russia’s war against Ukraine and its global impact 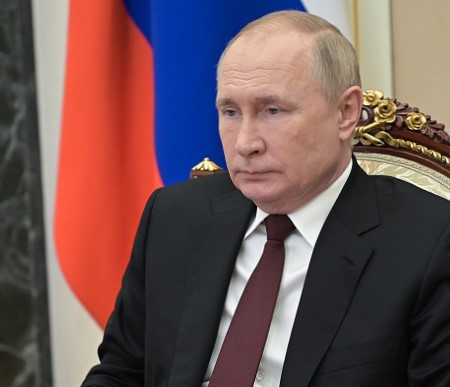 On 15 September, Aperio Intelligence held an event entitled “Russia’s war against Ukraine and its global impact”, hosted by Veronika Konecna, Head of Russia, CEE and Central Asia Practice. We were delighted to welcome our excellent guest speaker, Dr. Andrew Monaghan.

The purpose of Dr. Monaghan’s talk was to shift away from a short-term focus to instead situate Russia’s war against Ukraine firmly within Russian grand strategy and establish a longer-term perspective. Dr. Monaghan began his talk by calling the 2022 invasion of Ukraine a “grey rhino” as opposed to a “black swan” (a statistically rare and unforeseen event). In other words, the war is an evident long-term challenge which one can see coming, but which the West did not adequately address in time. The invasion is the culmination of a growing 20 year-old tension concerning policy and values disagreements between the Euro Atlantic community and the Kremlin, which has now become a structural problem. In many ways, the Western and Russian leaderships can be said to exist in different galaxies: during the last 15 years, they have reached diverging judgements based on the same evidence, but now the dispute has become so entrenched that the respective parties draw their conclusions from completely different bodies of evidence. This makes exchanges between them very fraught.

Over the last 15 years, Russia has moved onto a war footing, and Moscow has been making diplomatic, economic and military preparations for substantive conflict. According to Dr. Monaghan, the Russian leadership sees the 2022 “Special Military Operation” as the opening salvo of a potential decade-long wider international struggle. The Russian leadership sees the current warfighting in the framework of a global contest. What we are seeing is the reality of great power competition and Moscow’s attempt to force a shift in international affairs.

Russia’s relations with Ukraine are multifaceted and in many ways part of the inheritance of the collapse of the Soviet Union, where national identities and histories are hard won – a process that has not yet run its course. There have been numerous points of contention between Moscow and Kyiv which preceded the 2022 invasion: the “Orange Revolution”, the Russo-Georgia war and the gas disputes between Gazprom and Naftohaz Ukraini in the 2000s, the annexation of Crimea 2014 and fighting in eastern Ukraine through into 2015.

Although much has been written about Russian President Vladimir Putin’s 2021 historical essay on what unites Ukrainians, Russians and Belarussians, Dr. Monaghan argued that the Russian leadership is not solely backward-looking. In fact, Russia has sought to look forward and anticipate future challenges – Russian strategic planning horizons often look out to 15 years in the future: Moscow has been preparing for geoeconomic competition in the 2020s since the mid-2000s. Dr. Monaghan singled out Putin’s comments at the Valdai forum in 2014, when Putin claimed that structural changes in international affairs either lead to an international war or a series of high-intensity conflicts. Despite many atmospherics, Moscow is future oriented and tries to find a place for Russia in the way it sees the world changing. Thus, Russia’s goals are explicitly stated – the question is to what extent they can achieve them.

Although Putin is sometimes referred to as an ad hoc leader taking advantage of tactical opportunities, Dr. Monaghan stressed that Moscow does indeed have a grand strategy, as understood in terms of a process of formulating plans and a strategic agenda and then seeking to execute those plans. Official documents such as the May Decrees, the National Security Strategy, the Foreign Policy Concept, the Military Doctrine and so on set out both Moscow’s assumptions and a planning agenda. These documents address many issues, including the question of the purpose and use of nuclear weapons. These documents can also help us to interpret Russian activity: the Military Doctrine delineates “levels” of war, for instance: “local warfare” [Russian “lokalnaya voyna”] warrants conventional weapons alone, whereas “regional war” [Russian “regionalnaya voyna”] and “large-scale” war [Russian: krupno-masshtabnaya voyna”] can include the use of non-strategic nuclear weapons as part of escalation management. In this context, the “special military operation” in Russian terminology should not be perceived only as a euphemism to manage domestic perceptions or an instrument of misinformation, but precisely one used within the scope of Russian military doctrine. We should therefore pay attention to any Russian official use of the word “war”, since this could indicate that the conflict has escalated, and use of the term a “regional war”, should be cause for concern.

Besides interpreting Russia’s explicit goals in doctrines and planning documents, Dr. Monaghan stressed that studying the chain of command – a form of Kremlinology – is essential for understanding Russia’s exercise of power. This is because the Russian bureaucratic system can often be dysfunctional, and orders only tardily implemented, or even not at all. The Kremlin’s authority, “the lighthouse beam” in Dr. Monaghan’s metaphor, cannot cast its light on everyone all the time. In other words, although an autocracy, local decision-makers matter – power is not constantly exercised from the Kremlin and out into all corners of the country as is often presented in Western analysis.

In Dr. Monaghan’s view, Russia will not accept political defeat in the war with Ukraine, distinguishing this from a limited or complete military defeat which is not out of the question. In his assessment, although Ukrainian offensives have currently achieved significant successes, Ukrainian casualties are probably higher than we know and the Ukrainian economy is suffering extensive damage.

Although Russia is often referred to as a kleptocracy, Dr. Monaghan argued that in terms of understanding flaws in the system, corruption is matched as a factor by general poor governance, dysfunction and abuse of power, which can be summed up by Russian words such as “khalatnost” (negligence), “bardak” (chaos), “bespredel” (no-limit-ness), and “proizvol” (arbitrariness) and so on.

Dr. Monaghan argued that we must pay particular attention to how Russia reacts to sanctions. For instance, since in 2014 (before sanctions), Russia’s grain export has grown to become a major world grain exporter. How will the current rounds of sanctions force Russia to adapt? Russia desires to be a ubiquitous global power and sees the current century under the sign of the Asia-Pacific (typically called Indo-Pacific in Western parlance), which includes Russia as a polar power, i.e. playing a part both in the Arctic and Antarctica (with eyes to influencing renegotiations for new Antarctic treaty in 2048).

Moscow seeks to link the Atlantic to the Pacific and the Indian Ocean through the Northern Sea Route and added infrastructure, strengthening its capabilities as a seafaring nation focused on increased maritime exports. In terms of economic relations, Russia is attempting to build up markets in commodities, weapons, hydrocarbons and agriculture as well as connectivity with what they call the post-Western world, which includes MENA and Africa as a whole. Here, Crimea is crucial as it serves as the point of departure for grain exports into the Mediterranean and onwards to the Indian Ocean. In Syria, the UN and OPEC, Russia has scored diplomatic victories.

In the Q&A, the discussion covered a wide range of issues, including Russia’s perception of China as a strategic partner. The long-term partnership, however, also includes elements of competing interests in relation to, for instance, the Northern Sea Route. Together with India, China also receives deliveries of Russian oil, and Moscow hopes to use new buyers as a negotiating tool towards the EU, and test its readiness to pay the price of sanctions. Questions also addressed Western strategy towards Russia, to which Dr. Monaghan stated that a unified strategy is missing. In essence, the Western approach amounts to implementing ad hoc measures resting on four pillars: sanctions, HIMARS, economic support to Kyiv and hope. Regarding sanctions, while they are constricting the Russian economy, Dr. Monaghan argued that they are unlikely to shift Russian policies. Moreover, the conditions under which sanctions would be lifted are also absent. In its strategic planning, Russia sees itself being proven right in its foresight again and again. Russia has long believed that the US is trying to force Russia out of energy markets, which in turn is perceived as a challenge to the budget and therefore a national security threat. From Moscow’s perspective, the US sanctions on Nord Stream 2 was proof of such intentions.