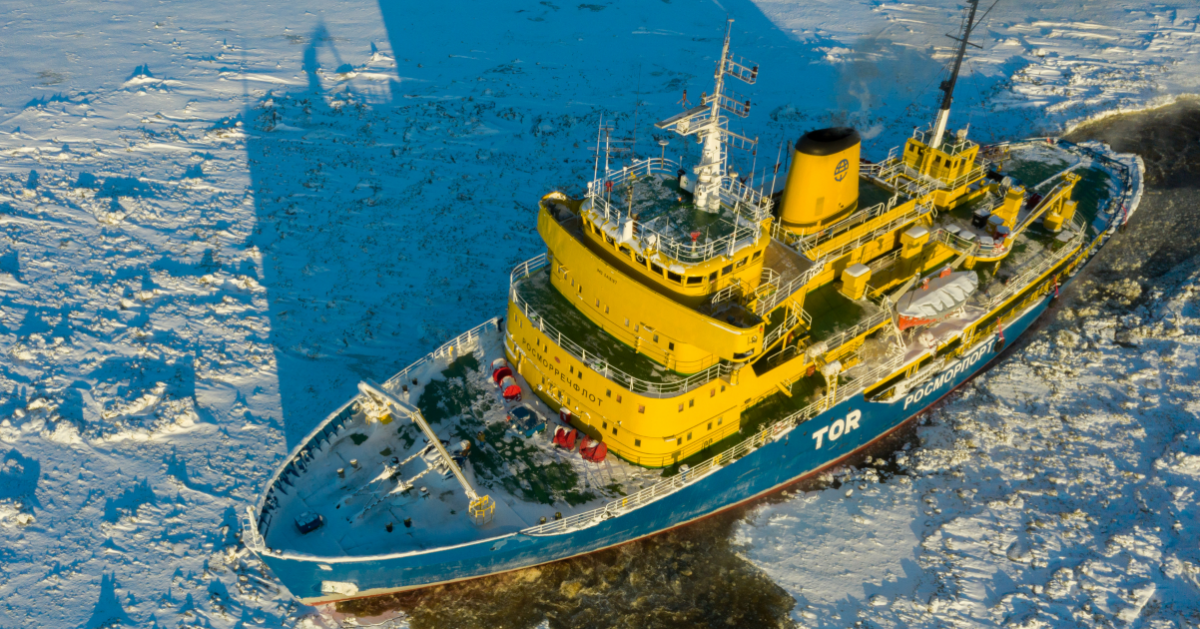 Once considered a liability to Russia’s economy due to the enormous cost of commercial operations, the country’s Arctic territories are now warming 2.5 times faster than the rest of the world, providing access to currently unattainable natural resources and trading routes. As these rapid changes are taking place, the Russian government is becoming more vocal on new commercial opportunities in the Arctic as well as associated environmental concerns.

Russia is now in a good position to advance its Arctic ambition on the international arena as climate change remains one of the few areas where the EU and US are eager to cooperate with Putin’s Russia. The development of the Arctic was discussed during the Biden-Putin summit in Geneva on 16 June, and Russia is ready to take this issue forward during its chairmanship of the Arctic Council in 2021-2023.

In Russia’s attempt to exploit the opportunities and tame the Arctic at this crucial moment, President Vladimir Putin adopted the Arctic Strategy through 2035 stipulating the long-term development goals for the region. The strategy envisages significant government investment to attract both domestic and foreign businesses, while seeking to safeguard the Arctic’s fragile environment.

One of the key developments in the 2035 Arctic Strategy is the prospect of increased navigation in the Northern Sea Route. Melting Arctic ice caps would enable more sea traffic on this route along Russia’s northern coastline, providing a significantly shorter distance between key ports of the Asia-Pacific Region and Europe, currently connected via the Suez Canal.

Both Russia and international traders will benefit significantly from the opening of the Northern Sea Route, and Russian officials never miss an opportunity to bring the topic up. After the Evergreen container vessel blocked the Suez Canal in March 2021 causing major disruption to global trade, the Russian Envoy for International Cooperation in the Arctic Nikolay Korchunov said that the incident “should make everyone think of how to ensure efficient management of global transportation risks through the development of alternative routes, foremost the Northern Sea Route.”

According to the 2035 Arctic Strategy, Russia plans to increase shipments through the Northern Sea Route from 31.5 million tonnes in 2019 to 130 million tonnes in 2031 and expects to develop its existing Arctic seaports, such as Sabetta and Murmansk, which do not yet have capacity to service large freight traffic. However, most of Russia’s seaports and coastal towns are located across the Western half of the route, making its vast Asian part extremely unfit for commercial freight.

The Arctic constitutes over one-fifth of Russia’s total landmass but remains an extremely harsh place to live and work in. Of the country’s 144 million population, less than 2% reside above the Arctic circle. The Russian Arctic is scarcely populated and lacks not only workforce but also basic infrastructure such as motorways, railways and electricity supply. These factors currently limit investment in the region and contribute to the high cost of doing business there.

In order to tackle the region’s poor transport connection to Russia’s large economic centres, in May 2020 Russian authorities announced plans to build a railway across the country’s European north, from Solikamsk in the Urals to Arkhangelsk by the White Sea.

Despite being an extremely challenging place to run commercial operations, the Arctic holds a disproportionately large amount of Russia’s natural resources. Until now, only state-linked juggernauts like oil company Rosneft and natural gas producer Novatek have been able to take advantage of these vast deposits. The Russian government relies on these companies as the locomotives for the development of local infrastructure and has given them various subsidies in recent years to boost their activities in the Arctic. Thus, Novatek (9.99%-owned by Gazprom) currently benefits from zero-rate extraction tax for its liquified natural gas projects in the Arctic. The Arctic shipyard Zvezda, developed and operated by Rosneft, is expecting to receive approximately USD 900 million worth of state subsidies between 2020 and 2023. These corporate giants are likely to remain key investors in the region in the upcoming decade, given the scale of funding required to roll out operations in the hostile Arctic climate. In particular, Russia’s 2035 strategy sets a goal to increase the Arctic’s role in the country’s crude oil and gas condensate production from 17.3% in 2018 to 26% in 2035.

In line with the 2035 Arctic Strategy’s goal to attract new investors to the region, in July 2020, the government of Russia designated the Arctic a special economic zone with a range of tax exemptions available for private businesses. As of May 2021, over 100 companies reportedly had registered their interest to become residents of the Arctic economic zone, with proposed investments totalling RUB 231 billion. The Russian Minister of Development of the Far East and the Arctic Alexey Chekunkov stressed that 80% of these residents were small and medium enterprises.

One of the most hostile environments for humans, the Arctic is extremely vulnerable to the impact of human operations. Its average yearly temperature is rising faster than anywhere in the world, causing radical changes in the already-fragile environment.

Last year, Russia’s Arctic city of Norilsk was the epicentre of one of the largest ever environmental disasters in the Arctic. On 29 May 2020, over 20,000 tons of diesel oil spilled into local rivers from a broken fuel storage tank at the city’s Thermal Power Plant No 3. The plant is operated by Russia’s largest nickel and palladium producer Norilsk Nickel whose CEO and largest shareholder, Vladimir Potanin, subsequently stated in interviews that the fuel tank was damaged due to melting permafrost caused by global warming.

Many other facilities in the Arctic, including the ones that store or process hazardous substances, were built in the Soviet era and rely on permafrost to remain operational. In July 2020, Morgan Stanley released a report forecasting significant financial losses to companies like Gazprom, Norilsk Nickel and Novatek due to thawing permafrost. Therefore, Russian companies face a serious challenge to modernise their existing infrastructure in the region to prevent its deterioration and further damage to the environment.

Thawing permafrost is now the focus of attention of Russia’s top government officials. Speaking at the Nevsky International Ecological Congress in St Petersburg in May 2021, the Russian Minister of Natural Resources and Environment Alexey Kozlov mentioned that thawing permafrost might cause up to RUB 5 trillion (~ USD 69 billion) in financial damage to Russia’s economy by 2050. In the same month, his ministry initiated the launch of the national system to monitor the conditions of permafrost above the Arctic circle.

Russia is also planning to raise the issue at an international level. According to the official schedule for Russia’s chairmanship of the Arctic Council in 2021-2023, the government is planning to hold two events dedicated entirely to the discussions around thawing permafrost, including a large international summit in the Arctic city of Yakutsk in 2023.

Russia is working on a comprehensive plan to develop its Arctic frontier and address a myriad of challenges and opportunities presented by the country’s vast Arctic territories. While the 2035 Arctic Strategy sets ambitious goals, the clear roadmap is yet to be announced and implemented. In the long run, the transformation of the Arctic might prove to be a lucrative investment opportunity for businesses across a number of sectors, from international trade in the Northern Sea Route to retail in the growing towns along the coastline.