Tensions in Central and Eastern Europe: the implications of the Czech-Russian diplomatic row 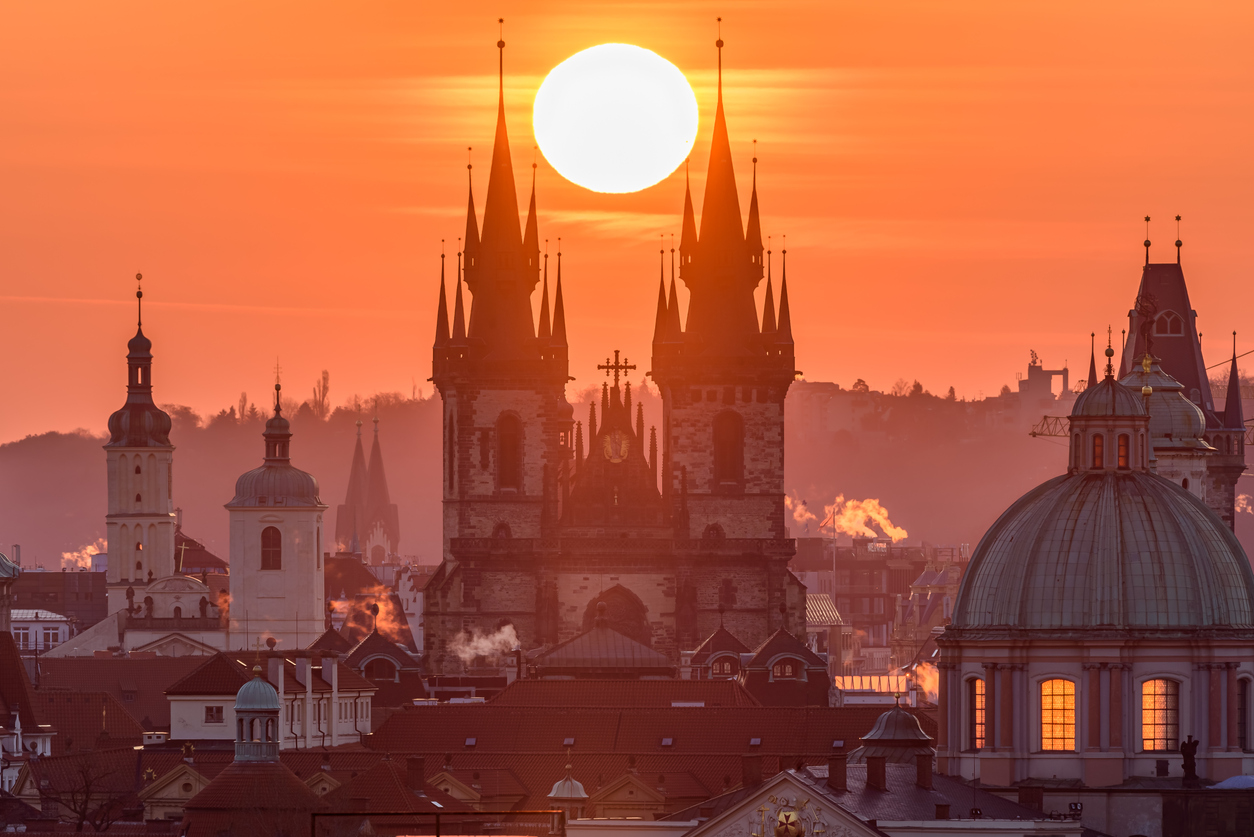 On 17 April, the Czech Republic expelled 18 Russian diplomats, who it believes to be intelligence operatives, after it accused a subsection of Russia’s military intelligence agency of orchestrating 12 explosions at a Czech ammunition depot in the city of Vrbětice in 2014. Two people were killed and large quantities of ammunition were destroyed in the blast.

Following the expulsions, Russia retaliated the next day by expelling 20 Czech diplomats from the embassy in Moscow. It appears that the individuals behind the 2014 explosions in Vrbětice are the same GRU operatives accused of carrying out the attack on former Russian spy Sergei Skripal and his daughter in the UK. A recent Bellingcat investigation indicates that Aleksandr Mishkin and Anatoly Chepiga, as well as a number of other Russian agents, travelled to the Czech Republic around the day of the explosion (in some cases via neighbouring countries). The incident took place shortly after the outbreak of the Russia-Ukraine conflict triggered by Russia’s annexation of the Crimean Peninsula in March 2014 and Russia may have been concerned that the ammunition would be sold to Ukraine.

The incident is the most significant event in Czech-Russian diplomatic relations since the dissolution of the Soviet Union. Czech politicians have historically taken a pragmatic approach towards Russia and the two countries share relatively significant business ties, with a large number of Russians owning property in the Czech Republic, most famously in the spa town of Karlovy Vary. The late Czech businessman and former wealthiest Czech, Petr Kellner, who recently died in a helicopter accident, held strong ties with Russia. His PPF group has had operations in Russia since the 1990s, and he had been able to lobby for stronger ties between the two countries (as well as between the Czech Republic and China), in part due to his connections to the pro-Russian Czech president Milos Zeman.

In this context, last week’s expulsions represent a shift in political relations with Russia, with several possible implications for Prague. Firstly, there are indications that the expulsions will lead to reduced inward investment from Russia. The Czech government has already excluded Russia’s state-owned Rosatom from bidding to renovate its nuclear plant in Dukovany. This will limit competition and thereby potentially increase the cost of the project.

Secondly, the expulsions increase the likelihood of Russia expanding its disinformation campaign in the Czech Republic. Various online disinformation campaigns have been polarising Czech society on multiple issues, including Covid-19 vaccines, immigration, the EU and NATO, and LGBTQ+ rights.  Political analysts have noted that Russia may have also been using its embassy in Prague as a base for intelligence operations in neighbouring countries. If field operations have been temporarily impacted by the expulsions, Russia could instead intensify its online activities.

Thirdly, in standing up to Russia, Prague is implicitly placing its trust in the EU, the US and NATO to defend its interests in the event that its relations with Moscow deteriorate further. Czech Prime Minister Andrej Babis made an unusually critical statement about the alleged Russian interference, and several Western countries, including the UK, have backed the Czech Republic’s position. However, thus far, this has mainly taken the form of moral support and it is unclear to what extent the Czech Republic could rely on its Western partners (both within and outside the EU) in the event of further escalation with Russia.

Rising polarisation in the CEE region

Prague’s assertiveness towards Russia reflects a general trend in the region, with countries increasingly having to choose sides against the backdrop of rising US-Russia tensions. Indeed, the expulsions came shortly after the US imposed new sanctions on Russia over its interference in the 2020 presidential election and cyberattacks. The US also imposed additional sanctions on Belarus, where a political crisis has been ongoing since Belarusian President Alyaksandr Lukashenka’s victory in the widely contested election in August 2020. Commentators have speculated that President Lukashenka could soon announce some form of a union between Belarus and Russia.

Meanwhile in Ukraine, amidst reports of a Russian military build-up on its eastern borders, President Zelensky has recently met with French president, Emmanuel Macron, and other EU leaders, and has been more vocal about the country’s potential membership of the EU (which has never been promised).

And in neighbouring Slovakia, President Zuzana Čaputová has openly supported the Czech Republic’s actions and some politicians have called for the expulsion of Russian diplomats in solidarity with Prague. Slovakia has had its own recent complications with Russia, after former prime minister and current finance minister, Igor Matovič, travelled to Moscow without his own government’s support to discuss a controversial agreement with Russia concerning the Sputnik vaccine. Matovic had placed an order for the vaccine but without the wider support of Slovakia’s governing coalition since it hasn’t been approved in the EU or in Slovakia. Matovic’s agreement with Russia to supply the vaccine has been heavily criticised by Slovakia’s political opposition, as well as the president and broader members of the government coalition.

The expulsion of Russian diplomats from the Czech Republic is one of several signs that countries in the CEE region are asserting their role within Europe with more confidence. While they still need to balance their ties with Russia, particularly in light of their dependence on Russian gas, countries on the eastern border of the EU such as Slovakia, cannot ignore what is happening in neighbouring Ukraine. At the same time, if Russia becomes excluded from strategically important projects in the region, such as the power plant in Dukovany, it will likely try to maintain some level of influence by other means. Consensus among EU and NATO members will be crucial to provide the support that the EU’s eastern border needs.