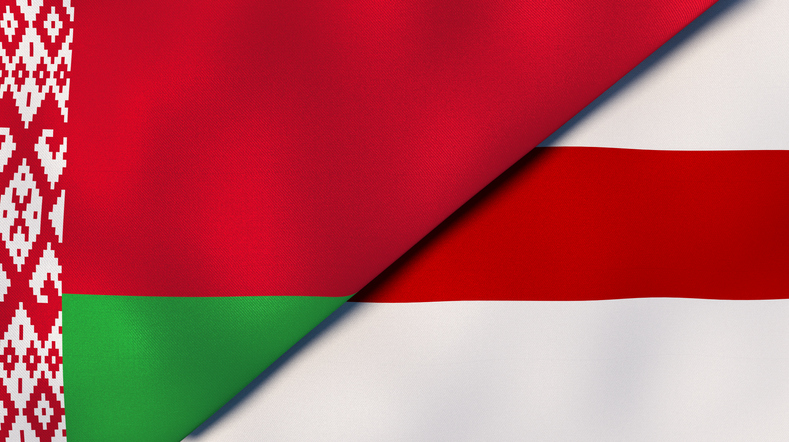 A new government, likely to find Russian subsidies cut off and finding an apathetic EU in economic downturn, will turn to asset tracing and investigation to raise and recover funds.

The elections in Belarus on 9 August have, for the moment, returned Alyaksandr Lukashenka to the presidency, where he has held power uninterrupted since 1994, though never through elections regarded as clean or fair. For the first time ever, however, his grip on power has been publicly challenged and Belarusians have been able to look to a future without Lukashenka. A number of factors lie behind this, including a stagnating economy combined with falling wages, a widely-derided official response to the Covid-19 crisis, a younger generation of first-time voters with no memory of a time before Lukashenka, who are digitally connected and less swayed by Soviet-style rhetoric, and increased pressure from Russia for “unification” (read absorption) on Moscow’s terms – resisted by Lukashenka at the cost of many Russian subsidies that, to date, have propped up Belarus’s planned economy. The coming days and weeks will be crucial in determining Belarus’s direction: mass protests against a result showing an 80 percent-plus win for Lukashenka have predictably been met with police brutality. They are notably larger than those that have followed previous elections, and may demonstrate greater staying power: this in itself will test Lukashenka’s previous appearance of omnipotence within the country’s borders. Should they continue for weeks and longer, possibly even involving entrenched positions as were seen in Kyiv in Ukraine in 2014, then (as in any dictatorship under challenge) the true loyalties of the power agencies (police, army, security services) will be crucial and cannot be taken for granted. The role of Belarus’s neighbours, most of all Russia, will also be crucial.

It is not the aim of this article to predict the manner of the end of Lukashenka’s rule in Belarus, other than to observe that for the first time it is a distinct possibility. A new dispensation, by whatever means and whenever it comes to power, will need to take urgent measures to establish itself in power. First and foremost, it will need the means and the funds to do this, and yet it is likely to find state coffers bare. Lukashenka has run Belarus on a largely planned Soviet model since 1994, one that is largely underpinned by enormous subsidy from Russia (over US$100 billion in 2005-2015 according to the IMF). In the years after coming to power, such successful private enterprises as existed found themselves under government pressure, their managers and owners subject to spurious charges of embezzlement and tax evasion and then imprisoned or exiled, and their businesses eventually taken over by the state, and often by the Department for Presidential Affairs in particular.

These newly acquired assets were put into the hands of individuals closely associated with the ruling elite (and in particular Lukashenka’s family). They could be described as Belarus’s oligarchs, although they have kept a far lower profile than the more familiar oligarchs from Russia, Ukraine, Kazakhstan and other ex-Soviet republics, being fully and unequivocally aligned with the regime and existing to serve its purposes. In particular, this has involved funding Lukashenka’s many social and sporting projects with which he kept the population content and distracted over the years.

Examples of these oligarchs, none of whom can be described as household names outside Belarus, include Alyaksandr Zaitsau, Mikalay Varabey, and Alyaksey Aleksin. They jointly own Bremino Group, a large conglomerate, which focuses particularly on logistics projects throughout Belarus. Its CEO is a former Belarusian KGB deputy chairman. Zaitsau and Aleksin are close friends of the president’s eldest son Viktar (who is also national security adviser). Zaitsau also controls Sohra Group, another large conglomerate involved in mining, truck production and other ventures in Belarus and also in countries like Zimbabwe. Aleksin controls Energo-Oil which is active in the tobacco, sports, hotel and banking sectors in Belarus. Varabey, meanwhile, owes his success to his connections with Viktar Sheiman, a member of the president’s most inner circle, a one-time head of the presidential administration, prosecutor general and sanctioned by the US and EU for being a barrier to democratic processes in Belarus and after international human rights organisations provided credible evidence that he was the organiser behind “death squads” that had killed opposition figures. His primary asset is Interservice Company, Belarus’s largest “private” exporter of petrochemicals (and a prime example of how Russian subsidy has propped up the Belarusian economy: Russia for years has exported crude oil to Belarus for refining at its huge refineries (one of the few “jewels” in Belarus’ economy): Belarus then sells the finished product on international markets at world prices. It is now coming under sustained Russian pressure to change this arrangement). Interservice, via decrees from Lukashenka, has come into ownership of certain key state assets including factories and pipelines.

The ownership structures, funding and finances of these and other companies, and the owners and managers behind them, are extremely non-transparent, even in a country noted for its general lack of transparency. A change in regime, however and whenever it comes, would present a threat to those who currently benefit from them. It can safely be assumed that their assets and ownership structures will long have been put offshore and concealed. A new regime will certainly look to recover these assets and regain control of the companies – both to acquire funds but also to avoid falling into the oligarch trap of state capture that has been such a negative feature of politics and economics in Ukraine and elsewhere. It can be expected that a new government, possibly with support from the European Union and the US (particularly if Joe Biden, who has shown commitment to the region’s development and a wish to push back against Russia, wins the presidency), will launch asset tracing and recovery proceedings across multiple jurisdictions in an attempt to achieve this. Conversely, but through the same means, Russia – in an attempt to control a new dispensation in Minsk – may well insist that its previous subsidies were in fact loans, and also aim to “recover” assets to cover these. Previous owners of businesses, who were stripped of their ownership rights in the 1990s and 2000s, are likely also seek restitution.

Any resulting investigations will also reveal the Lukashenka regime’s role in international sanctions evasion: the Syrian, Venezuelan and other regimes are known to have taken advantage of friendly ties with Minsk to use the Belarusian banking sector to transact business out of the sight of regulators and law enforcement. Those relationships, and the mechanisms and intermediaries used, could well end up exposed.

One of the first signs of a falling regime is an accelerated outflow of funds and sudden transfers of assets and ownership structures, as elites lose confidence. If this is seen to start happening in Minsk, it should be regarded as the starter gun on a race for control over the country’s assets – politically, economically and financially – one with geo-political consequences and which will reach to the very core of issues such as political corruption, state capture and, on the question of involvement by outside investors and service providers, business ethics.

By Christopher Peters
Director and COO of Aperio Intelligence
christopher.peters@aperio-intelligence.com