Away with the system: The Arab Spring soldiers on 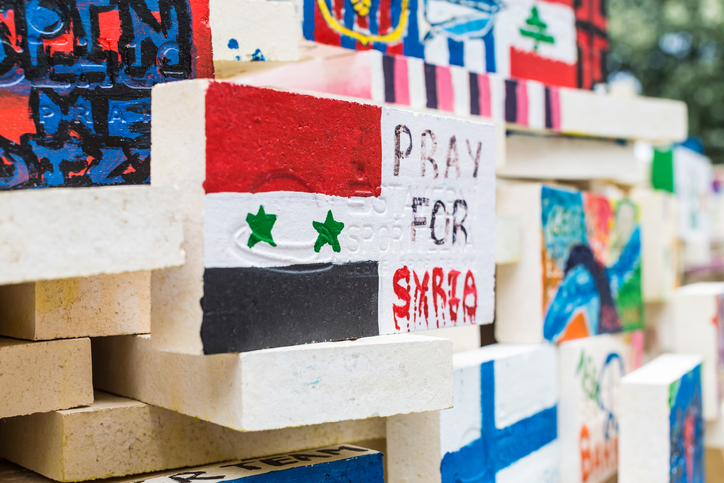 A new wave of popular unrest across the Arab world has triggered claims of a second Arab Spring. The truth is that the first Arab Spring is still being played out and the underlying grievances have not changed.

December 2019. At a state level, with a few notable exceptions, the political landscape of the Arab world might be characterized as follows: a core of monarchies which has thus far survived the turbulence of the Arab Spring (Saudi Arabia, United Arab Emirates, Bahrain, Qatar, Kuwait, Oman, Jordan, Morocco); a scattering of democracies of different hues, governed by political elites struggling to maintain trust and legitimacy in the face of a re-invigorated wave of popular protest (Lebanon, Algeria, Tunisia); and four cases of catastrophic state failure accompanied by massive foreign military intervention (Syria, Iraq, Libya, Yemen). The exceptions are Egypt, under the control of a military strongman following a 2014 counter-revolution which reversed the country’s democratic gains; Sudan, where protests in 2019 led to the removal of President Omar Al-Bashir and the appointment of a transitional administration; and the Palestinian territories, for their own distinct reasons. All this against the backdrop of a US-backed alliance (led by Saudi Arabia, UAE, Israel) which is dramatically failing to curb Iran’s expanding sphere of influence across the region.

Any attempt to disentangle the region’s immensely complex political and socio-economic crisis must, however, quickly dispense with a reductive national framework. Firstly, the underlying forces which are contributing to the current wave of popular mobilisation on the streets of Beirut, Basra, Annaba and Jelma, share many things in common, despite their local idiosyncrasies: youthful populations suffering from rampant unemployment; anger at corrupt and repressive political elites; and perceptions of sinister foreign agendas, from wealthy Gulf states, Iran, Russia, Turkey and Western countries. These are the same forces which triggered the pan-Arab unrest in 2011. Secondly, the protests and anger are feeding off each other, united by language and fortified by social media and belief in change. Many are calling for entire political systems to be dismantled, yet, with the exception of Sudan and perhaps Lebanon, are failing or are unable to articulate how the resulting vacuum would be filled (a familiar story since 2011). And thirdly, the trajectories of these crises are beholden to the wider regional and global order, with external economic and military aid to internal actors contingent on foreign policy alignment or other quid pro quos. It is not in the interest of any Gulf state, for example, to have representative democracies flourish around them, a situation which would threaten domestic stability and complicate attempts to project and control their interests in these countries (it’s easier to deal with one dictator than a prime minister who might get voted out in four years).

Whereas in 2011, the protestors may have placed their faith in opposition leaders or the military to bring about change, the current wave of protests in Lebanon, Algeria, Iraq and Tunisia reflects a total mistrust of incumbent elites. Nowhere is this more evident than in Lebanon, where a largely peaceful protest movement is united by cross-confessional and cross-societal solidarity. The demonstrators, most of whom are under 30, are calling for the end to a political system predicated along sectarian lines and formed of ageing civil war-era oligarchs, who are accused of looting state resources. The protests were triggered in mid-October by tax proposals on mobile messaging platforms, but are rooted in broader anger against austerity, corruption, economic malaise, high prices, and the absence of basic services. There is also a distinct anti-Iranian character to the marches and sit-ins, with the political stock of Hezbollah, backed by Iran, having fallen precipitously from its 2000 high, when it forced Israel’s withdrawal from southern Lebanon.

Anti-Iranian sentiment is also a key driving factor of the bloodier unrest in Iraq, where in late November, protestors stormed and torched the Iranian consulate in Najaf, resulting in a heavy clampdown by the Iraqi government and Iran-backed militias. The representative of Iraq’s Independent High Commission for Human Rights has claimed that at least 460 protesters have been killed in the past two months. Like Lebanon, there is broader anger against entrenched identity politics, and the system of muhasasa, whereby government spoils are divided along sectarian lines.

Meanwhile in North Africa, thousands of Algerians have been taking to the streets since February this year in a strikingly under-reported wave of protest. This succeeded in forcing the resignation of long-serving President Bouteflika in April, but has done little to reduce the trust deficit between the political and military elite, which remains filled with Bouteflika-era personalities who are seeking to force through an election. In neighbouring Tunisia, the fragile democracy which replaced the exile of President Zein al-Abidine Ben Ali in 2011 has faced chronic economic difficulties and is plagued by corruption, unemployment, high inflation, and the continuing influence of old regime patronage networks. Large-scale protests have been ongoing since January 2018 and have witnessed a recent upsurge. A lapse back into heavy-handed security tactics is becoming more likely, while the playing out of rivalries by Gulf states, through investment and direct financial support, threatens internal stability and foreign policy independence.

In Morocco, human rights are also being curtailed and smaller demonstrations shut down quickly. In late November, a rapper whose anti-government anthem has been viewed over 15 million times, was sentenced to a year in prison. Meanwhile, for the Palestinians in the Occupied Territories, all the disadvantages faced by their generation elsewhere in the region – poor government, corruption, unemployment and hopeless prospects – are compounded by Western and Arab abandonment of their cause. A solution to the 70-year conflict looks further away than it ever has.

While democratic gains in Tunisia since 2011 have rightly been celebrated, these remain an anomaly in the region as a whole, which has experienced increased political repression and state-sanctioned violence to quell dissent. In Egypt, the security and intelligence services of the Mubarak-era enjoy an even freer license under President Al-Sisi to use lethal force. Social media blackouts have become more prevalent, while over 3,000 people have been detained in recent anti-government protests.

Saudi Arabia, a key ally and backer of Egypt, has also clamped down on dissent under Crown Prince Mohammed bin Salman (MbS). The shadows of the 2017 arrest of hundreds of wealthy and influential Saudis at the Ritz Carlton and the killing of journalist Jamal Khashoggi in 2018 continue to loom large over MbS’s attempt to radically reshape the social, economic and cultural fabric of the Kingdom, but without any accompanying political freedoms. Yet, in contrast to other capitals, MbS appears to have youth on his side.

The political structures of the remaining Arab monarchies – Morocco, Jordan, the United Arab Emirates, Qatar, Kuwait, Bahrain and Oman – have remained intact. All have felt, to differing degrees, the effects of the Arab Spring and have made modest adjustments to navigate situations of more acute popular pressure. Yet to date no Arab royal has been toppled, despite predictions to the contrary. There is no simple explanation, but historical legitimacy is probably one key factor, to the extent that in most cases, there is an inextricable link between the ruling families and the birth of these states out of colonialism. In addition, the oil-rich sheikhdoms have relatively smaller populations which are closely tied to state institutions and share in the benefits of stability. Thirdly, despite tensions between the wealthier Gulf monarchies, notably the regional isolation of Qatar by Saudi Arabia and the UAE, it is not in anyone’s interest to rock the boat too much. Better to play out these rivalries in other arenas (Yemen, Syria, Tunisia, Libya to name a few).

Elsewhere, the ongoing civil wars in Syria, Libya, and Yemen, and the continuing violence in Iraq, have destroyed any hope of functioning or representative political structures in these countries. The withdrawal of the United States from these arenas as a broker of peace and transition, coupled with a blinkered focus on defeating ISIS, has led to Russia taking the lead as a regional power-broker, and the thickening of Russian ties with key regional actors (Turkey, a member of NATO, has just taken receipt of a Russian missile system). Other traditional US allies such as Saudi Arabia and the UAE continue to pursue regional agendas with or without US consent, a departure from an earlier paradigm. The looting and kleptocracy will continue in these warzones, with no external accountability for their actions. In Syria, for example, the horrors of the last 8 years will be forgotten by those seeking to benefit from the re-construction, including key Western allies (the UAE Embassy in Damascus will shortly be celebrating its first birthday since its re-opening and has sent investment delegations to the country).

Some have spoken of the recent protest movements in Lebanon, Iraq and Algeria as a ‘second Arab Spring’. This is misleading, to the extent that the first ‘Arab Spring’ is still playing itself out and the underlying systemic grievances – youth unemployment, political disenfranchisement, rampant corruption, and foreign interference – are not seasonal, but endemic to the region. In 2020, the protests will continue, where they can, but in most places, the deep state structures and the interests they guard will continue to fight back, protected by external backers.

About the author: Tom Ready leads Aperio Intelligence’s MENA team. He previously worked for the UK Foreign & Commonwealth Office, specialising in the Middle East region. He is a fluent Arabic speaker who has lived and worked in Saudi Arabia, Jordan and Turkey. He holds a bachelor’s degree in Arabic from the University of Cambridge and a master’s degree in international conflict studies from King’s College London. For further information, please contact: thomas.ready@aperio-intelligence.com