Yemen’s southern Intifada: who is in charge? 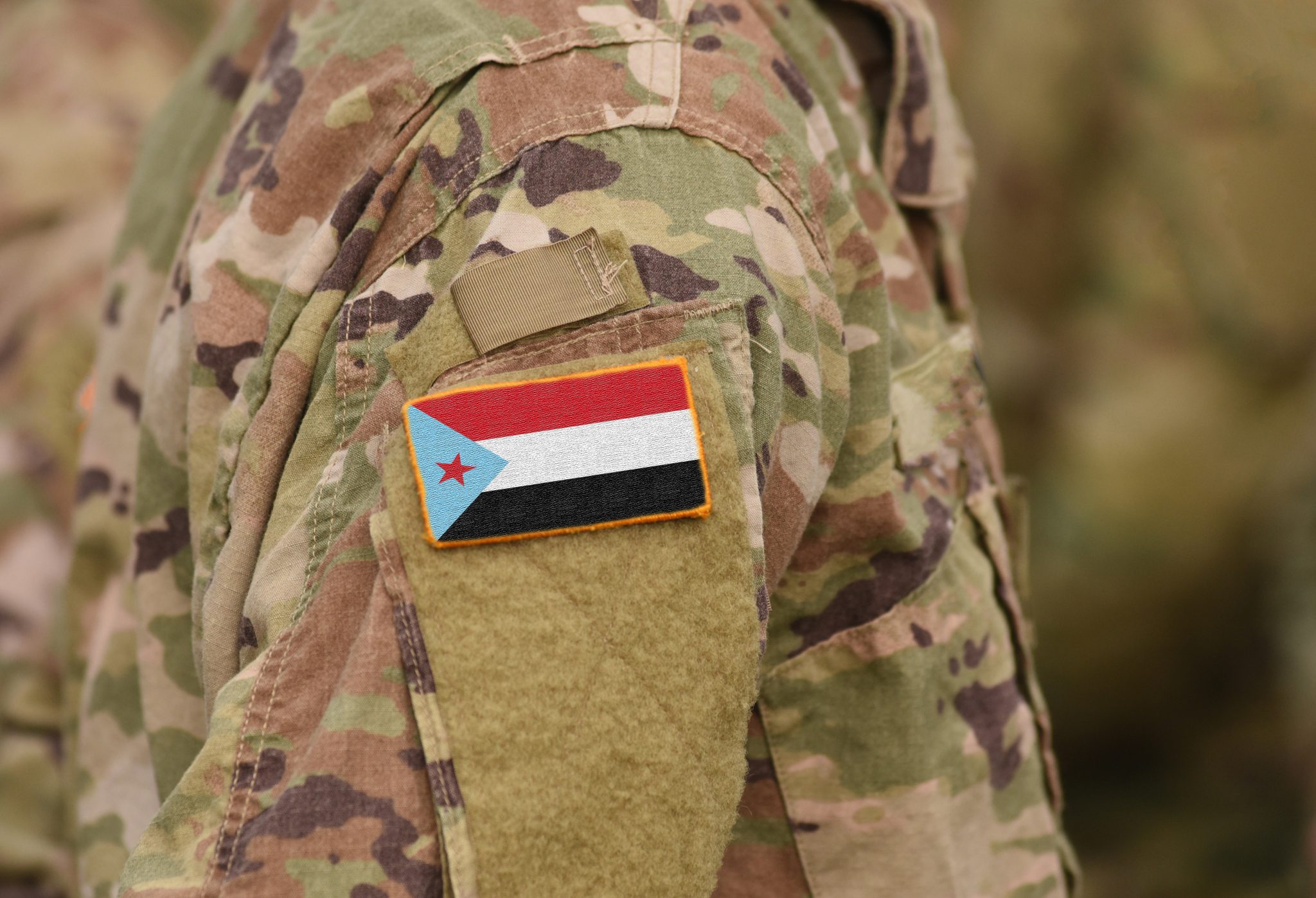 As president Trump vetoes a bipartisan resolution to force an end to US support for Saudi Arabia’s war in Yemen, and European governments seek to prop up a faltering peace process between the Houthis and the internationally-recognised government of Yemen, other less prominent Yemeni political actors have been busy lobbying for their version of a future settlement.

One of these is a broad coalition of activists from southern Yemen, who since the mid-2000s have been agitating for the re-establishment of an independent southern Yemeni state. Four years into an intractable civil war and a country which is de facto divided, they are inching closer to this objective. However, rivalries within the southern coalition remain and, as has been so often the case in the Arab world post-2011, those with the loudest voices are often benefiting most from external kingmakers.

Voice of the South
West London. Summer 2010. From their television studio on the top floor of a multipurpose building in West London, a group of political activists from southern Yemen, calling themselves ‘Soutalgnoub’ (Voice of the South) were discovering the power of social media platforms to mobilise audiences in their home country. “For the first time, people in Aden can see that people in Mukalla are demonstrating at the same time as they are,” one of the activists said enthusiastically, “it’s now so much easier to share news and to organise protests. Every 2019 night we do a phone-in to our studio, and everyone can ask questions and listen to the responses via live-stream.”

The Arab Spring was six months away, but in southern Yemen, the technologies that would enable the eruption of mass protests across the Middle East and North Africa were already being used to mobilise against the perceived corruption and nepotism of former president Ali Abdallah Saleh. For these UK-based activists, their aim was simple: secession from the ‘northern occupation’ and the re-establishment of a state in the southern provinces of Yemen.

Early 2019. The Arab Spring has been and gone. The Voice of the South activists have left their West London studio. Their Twitter and Facebook pages are still active; but they have been joined by others, many of whom are better funded.

Historical context
Between 1967 (when British colonial forces withdrew from Aden) and 1990, there were two states in Yemen – the Yemen Arab Republic (YAR) in the north, and the People’s Democratic Republic of Yemen (PDRY) in the south. Unification of the two states in 1990 was followed by political turmoil between the merged governments, a breakdown in security, and a civil war in May 1994. The southern forces were defeated, and the Yemeni state remained intact, with president Saleh consolidating his grip on the country. An attempt to declare a new southern state, the Democratic Republic of Yemen, failed to obtain international support.

Throughout the late 1990s and the 2000s, economic, political and social grievances in southern Yemen intensified. Many felt that the northern elites were taking investment away from Aden and the hinterland, and that political and military posts were being unfairly allocated to those allied to Saleh. In May 2007, a group of retired and disenfranchised military officers began to organise demonstrations in Aden, which gathered pace in 2008. A heavy-handed reaction from the security forces and reports of human rights abuses contributed to a climate of fear and entrenched feelings of marginalisation. ‘Southern’ national sentiment was re-awakening.

By the late 2000s, a loose coalition of political actors seeking the return of an independent South Yemen had emerged, under the banner of the ‘Southern Movement,’ Al-Hirak in Arabic. They lacked central leadership or effective organisational structures, but were supported by members of the Yemeni diaspora, such as the West London activists (the Yemeni community in the UK dates back to the early 1900s, when Yemenis came to work in the dockyards of Cardiff and Liverpool. Sheffield now has the largest community).

At this time, Western capitals weren’t taking much notice of Al-Hirak, with foreign policy priorities in Yemen seen primarily through the lens of the terrorism threat from Al-Qaida in the Arabian Peninsula (AQAP). On 25 December 2009, AQAP had very nearly brought down an airliner about to land in Detroit, by hiding a bomb in the underwear of a Nigerian recruit. For the domestic Yemeni political scene, however, AQAP was not president Saleh’s primary concern. In many ways, Al-Hirak represented the greatest existential challenge to his rule.

The Arab Spring
By mid-January 2011, Al-Hirak was no longer Saleh’s main concern. The streets of Sanaa, like those of Cairo, were now thronging with protesters calling for a change in leadership. As the crisis escalated, the Gulf Co-operation Council negotiated a plan to enable a political transition, but allow Saleh to save face. In February 2012, Saleh was succeeded as president by Abd Rabboh Mansour Hadi, a southerner and former vice president of Yemen. Saleh did not leave the scene, however, subsequently allying himself with the Houthi movement (ironically, given he had been fighting the Houthis for years while in power). By joining forces, the Saleh-Houthi coalition ousted Hadi from the capital Sanaa in early 2015 and took control of the north of the country. An international coalition, spearheaded by Saudi Arabia and the United Arab Emirates (UAE) intervened on Hadi’s side. In late 2017, the alliance between Saleh and the Houthis broke down, and Saleh was killed on 4 December 2017 by Houthi forces.

Al-Hirak and Hadi
The relocation of Hadi to the southern Yemeni port town of Aden in 2015 took Al-Hirak into a new phase, and radically raised expectations of southern self-rule. With military and political backing from the UAE, key southern groups have become better organised and heavily armed. The most prominent is known as the Southern Transitional Council (STC) under the leadership of former governor of Aden Aidarous Al-Zubaidi, and is closely aligned to the UAE. Yet the STC sits outside, and is a rival to, the internationally recognised government of president Hadi. Indeed, it was Hadi who fired Al-Zubaidi from his post as governor of Yemen in April 2017. In October 2018, Al-Zubaidi called for an uprising against Hadi’s government, on grounds of incompetence and corruption.

For Western governments, the STC is problematic. As Yemen expert Peter Salisbury has noted: “the STC structures represent the most organized, well-armed and most confident secessionist grouping the south has seen since the civil war of 1994. This creates a major policy dilemma for international diplomats. They need to take the STC seriously, yet doing so risks legitimizing a non-state armed group or political movement.”

Complicating matters for the international community is the existence of several other powerful factions and political power bases across the south, particularly in the eastern provinces of Hadramout and Al-Mahra.

The return of the PDRY?
On 5 March 2019, Al-Zubaidi participated in a panel at the House of Commons, chaired by Gill Furness (MP for Sheffield Brightside and Hillsborough) and attended by members of the Yemeni diaspora in the UK. Al-Zubaidi took the opportunity to present his case for an independent southern Yemeni state. Iona Craig, an award-winning journalist and Yemen expert who spoke at the event, was unequivocal in her view that “centralised rule from Sanaa won’t happen again.” For Craig, however, the international community needs to be careful when dealing with the southern question, underlining in particular the danger of treating southern Yemen as a homogeneous block. She noted: “sometimes the loudest voices are not necessarily true representatives of the south, or comprehensive representatives of the south.”

It remains to be seen, therefore, if and when a southern Yemeni state might re-emerge, in what form, and under whose leadership. What is clear, however, is that four years of intense fighting and outside interference in the country has left a deadly mark, with an estimated 85,000 children under the age of five having died in the last three years, and 14 million Yemenis currently at risk of starvation. For many Yemenis, there are perhaps more immediate concerns than political self-determination.

This article was first published in the April 2019 issue of the Financial Crime Digest.